They breached the contract so what kind of damages can I get? How about lost profits or loss-of-use? 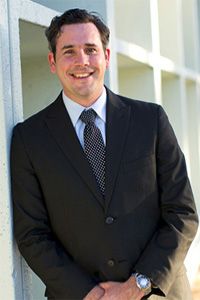 It can be difficult to determine what type of monetary damages, if any, a party is entitled to in a breach of contract case.  Even if you determine the type of damages, it can be even more difficult to prove the amount as evidenced in a recent case in Hillsborough County. B & B Tree Serv. v. Tampa Crane & Body, Inc., 2013 Fla. App. LEXIS 6898 (Fla. Dist. Ct. App. 2d Dist. May 1, 2013).  In the B & B Tree Service case, the trial court confused the types of damages, but the result was the same, because the Plaintiff still failed to prove the damages.

When you have certain types of damages, such as lost profits due to the actions of another party, the parties must have contemplated that time was of the essence and that lost profits could be a result of a breach of the contract.  Loss-of-use damages, however, can be another story.

Loss-of-use damages “may be measured by the fair market value of the use loss, which may also be described as the fair rental/lease value of the property over the period of the loss.” Tolin v. Doudov, 626 So. 2d 1054, 1055 (Fla. 4th DCA 1993).  What does this mean?  It basically means that if you can show what someone was willing to pay to use the property, such as through a lease, you may be able to recover loss-of-use damages without having to bring in outside experts to prove what profits would have been.  You will likely not have to worry about whether lost profits after a breach were contemplated at the creation of the contract either.  Avoiding spending additional money on these extra costs can be a huge savings in litigation. 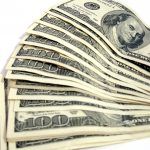 Written appraisals or an owner’s knowledge of leases may be all that is needed to prove the loss of use of the property he or she would have had if the breach had not occurred.  Make sure if there is a breach, you have evidence to support how it could have been used if you had received your property as intended.  As with most evidence, the more the better.

Ultimately, the trick is to make sure you’re contract is written so that all of these issues (among a multitude of possible other issues) are resolved prior to any breach.  That’s where an experienced attorney comes in.  He or she will know what to make sure gets put into your contract.  As in the B & B Tree Service case, it can mean the difference in thousands of dollars, which can be easily saved up front by having a professional review the contract first.