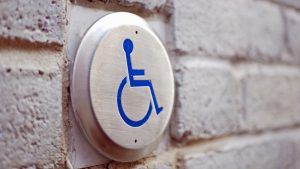 There is a problem happening throughout Florida which is affecting the rights of small business owners and taking advantage of the Title III American with Disabilities Act (“ADA”).

This ongoing issue was prevalent in our recent case of Patricia Kennedy v. Rhoda Solano, et.al.   Our client owns and operates a small restaurant located in Cocoa Beach.  They received an unexpected lawsuit claiming the property failed to comply with ADA standards, and demanded thousands of dollars in attorneys’ fees in addition to a list of items to be fixed according to the ADA. There was no pre-suit demand or any notice prior to the lawsuit of any allegations of non-compliance.

Attorney Scott Widerman and I dug into the case and quickly saw a consistent issue with these types of cases. The opposing lawyer filing the lawsuit has been representing a “tester” who goes out to restaurants and other large and small businesses to find problems in relation to ADA compliance and once certain “architectural barriers” are identified, relatively subjectively by the “tester”, a lawsuit is filed shortly thereafter. The 11th Circuit allows “testers” to carry out this practice, but there are limitations.

Regardless of the motive of the “testers”, this is an important law and one which protects the rights of people with disabilities. However, the problem here was that the “tester” had been traveling hundreds of miles away from her residence to visit public establishments and write up multiple ADA compliance failures within each one.

In addition to the excessive travel, this “tester” has also filed or been a part of 200 cases alone like this throughout the Middle District of Florida and an unknown amount in the Southern District. The lawsuits generally are filed by the same attorney, but with different local counsel, depending on where the lawsuit originates.

The difference between our case and other businesses which may be facing the same issue was that our client stood up for their rights.

The enforcement of Title III is not a one-way street.  After reviewing the applicable case law that governs not only the Middle and Southern Districts of Florida but the 11th Circuit, we were able to challenge the subject matter jurisdiction of the Middle District to hear the matter and the standing of the Plaintiff to sustain the cause of action. Ultimately, the Middle District court found that this “tester” failed to satisfy, in totality, the four prong proximity test applicable to Title III ADA cases.

Specifically, the court looks at the following four factors:

Due to the failure of the Plaintiff to meet, in totality, the four prong proximity test, we were successful in getting the complaint dismissed, with prejudice.

Whether you are a mom-and-pop establishment or a Fortune 500 company, these complaints have to be taken seriously.  Unfortunately, these cases are driven by the attorneys and their pursuit of fees, and less about actually making a difference for the disabled community.

If you have been served with a Title III ADA complaint by a “tester”, please be aware that despite what is threatened, you have rights. Contact attorney Eric Hostetler to set up a consultation to determine how we can help protect your rights under the law.