Trademark Law: first to use v. first to file

In the United States, it is not registration, but actual use of a designation as a mark that creates rights and priority over others. Thus, the rule is that ownership of a mark goes to the first-to-use, not the first-to-file. 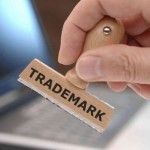 To acquire ownership of a trademark, it is not enough to have invented the mark first or even to have registered it first; the party claiming ownership must have been the first to actually use the mark in commerce. Therefore, a party pursuing a trademark claim must meet a threshold “use in commerce” requirement.

The term “use in commerce” means the bona fide use of a mark in the ordinary course of trade. The use must be more than merely to reserve a right in a mark. Trademark protection is granted only to marks that are used to identify and to distinguish goods or services in commerce, which typically occurs when a mark is used in conjunction with the actual sale of goods or services.

This is necessary because the purpose of a trademark is to help consumers identify the source. A mark cannot serve as a source identifying function if the public has never seen the mark. As such, a mark is not worthy
of protection until it is used in public in a manner that creates an association among consumers between the mark and its source.

In determining whether the two prongs of the “use in commerce” test have been satisfied, courts consider when the mark was adopted, use in a way to identify or distinguish the marked good/service in an appropriate segment of the public mind, whether the mark was actually used in the sale of goods or services, the relevance of non-sales activity, and other similar factors which might distinguish whether a good/service has actually been rendered in commerce.