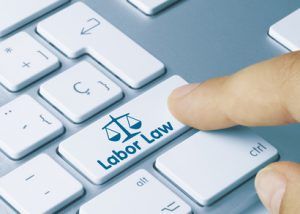 New labor laws are going to be going into effect and due to these new laws, many of the larger companies are considering trimming their expansion plans due to them. The changes might also mean that local franchisers might also be pulled from the books and turned into local labor areas, causing even more disputes throughout the work force.

One of the biggest changes is coming for the smaller businesses. They’re seeing higher costs associated with running their businesses, but also have to deal with hiring more people than ever to come in and do the work that needs to be done, causing them to have to pay the higher minimum wages that perhaps they’re not able to cover due to their smaller size. This is kicking the smaller, locally owned businesses right out of the work force.

This new change is hoping to allow workers to become a part of the union and have a say in their futures when it comes to being a part of many of the companies out there. From fast food chains to smaller businesses, and others that perhaps do not have the option; this change is going to make way within the new labor force, causing further issues for those that own the businesses and have to hire the workers within them.

Many businesses want to be more active within their business decisions, the decisions of the employees and other changes that are being made, but they do not want to actually take responsibility for it. What if the new employees do not like these changes? What if they mean bad consequences for the business as a whole? This is going to become a problem within the area, since it is going to go one of two ways and depending on the way, it might be bad for the business.

Many owners want to have control over their workers within their businesses, but this new law is going to give them less control over others. This can become a problem when the company tells the workers to do something, but the workers know that they can organize against the business, causing further issues later on down the road. This is where a lot of the problems are going to start and stop within the companies, and where many of them might find that their time is limited due to not being able to properly use their resources.