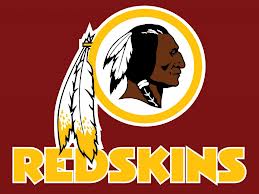 If there is one reason to file for trademark protection, a reason that probably plays at least some roll in all trademark patent applications, it is in one short word, money. If there is one industry that is very invested in the amount of revenue it brings in, its professional sports and in our case, professional football and the National Football League (NFL). The protection of the NFL team trademarks is paramount to each team in the league as NFL merchandising is valued at over $2 billion a year. The NFL also charges immense licensing fees to companies to utilize its intellectual property so it should come as no surprise that when a trademark owned by the NFL is challenged, there will be a strong defense to protect the original court decision.

If you live in and around Washington, DC or have visited recently, you may have heard the local news covering yet another big uproar about changing the name of the home NFL team, the Washington Redskins. It seems like there is a discussion about a name change every year, however it is particularly frenzied this season since President Obama weighed in on the matter a couple weeks ago, saying he would “think about changing” the team’s name. Despite the offensive nature of the name and strong support for change in and around the league, Redskins team owner Dan Snyder has gone on record saying he would never change the team name.

Snyder’s vow may be short-lived however. The Trademark Trial and Appeal Board (TTAB) is currently working on a decision in Blackhorse v. Pro-Football. The plaintiffs are looking to reverse some Redskin trademarks, a decision ,if overturned, that could cost the Redskins millions of dollars. While the current case has been fully briefed and is just awaiting the TTAB decision, this is not the Redskins’ first time fighting to keep their trademark protection.

In 1999, the same year Snyder purchased the team, six of the Redskin’s trademarks were cancelled by the TTAB in a case entitled Football, Inc v. Harjo. The case was led by Susan Harjo, an activist who was the leader of a group of Native Americans looking to cancel the trademarks under the Trademark Act of 1946 which “prohibits the registration of trademarks that are immoral, scandalous, or generally offensive.” The cancellations were eventually overturned by the United States District Court for the District of Columbia in 2008 citing the laches (an “unreasonable delay pursuing a right or claim”) were still applicable to the seven plaintiffs in the case.

Should the plaintiffs in this most current case succeed, it would most likely be years before the court battles would end due to the numerous appeals available to the NFL and Redskins. Maybe the prospect of years of money and time spent in court will inspire Redskins owner Snyder to change his mind, until then, the heated debate will surely continue.