Unseen Obstacles You May Face in Court When Fighting a Lawsuit 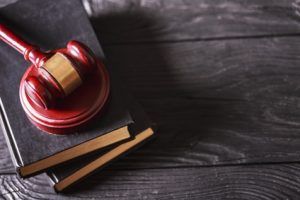 If you have been sued, your first reaction might be that you are going to fight it with everything you have got. While this is understandable, it may not always be in your best interests to fight, even if you think you have a great defense. Here are a few things that might pop up and surprise you if you’re not ready for them.

If you are relying on a piece of evidence to prove your case, you should be aware that not everything you bring up is going to be admissible in court. That means your great case might be blown to bits because the jury is never allowed to even know about a certain piece of evidence that could really help you out.

There are dozens of reasons why evidence may not be allowed into court, and a full exploration of them is far beyond the scope of this blog, but you need to be aware that the admissibility of evidence is an issue you may find yourself facing. What’s more, even if a certain piece of evidence does end up being admissible, you still have to do certain things to actually get it into evidence. Things such as establishing its validity, showing its relevance, and other matters are the groundwork you have to lay before you can get evidence admitted.

Just like you might have problems getting your evidence admitted, you need to be aware that the testimony of your witness might not ever be allowed to be presented, or it may be thrown out if certain things happen. There are several reasons this can happen, but the most common is the hearsay issue.

Hearsay is “an out of court statement offered to prove the truth of the matter asserted.” And, although there are numerous exceptions, the general rule is that hearsay is not admissible into evidence. So if you are going to bring a witness to testify on your behalf, you must make sure that his or her testimony is not hearsay. If it is hearsay, you must find an exception to the prohibition against hearsay to get it in.
Litigation can be a risky and questionable proposition. If you don’t have the adequate knowledge about the procedural issues you face, even the best case in the world can end up being a loser. As such, it is a good idea to talk with an attorney when you are facing a lawsuit. It will be well worth your money to do so.