Vidalia Onion is a Trademarked Name 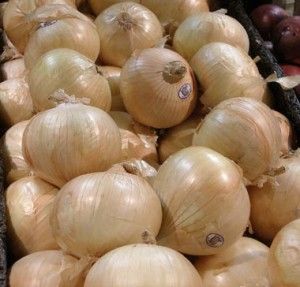 It’s that time again – fresh, sweet Vidalia onions are in supermarkets all throughout Florida.  Just thinking about onion and cucumber salad or home-fried onion rings made with these tremendously tasty onions are enough to set anyone’s mouth to watering. Yet, very few people realize that not every sweet onion on the grocery store is a Vidalia onion.  The Vidalia onion is a very specific trademarked brand that has quite a few restrictions on it and is very closely watched to make sure other onion growers do not mistakenly brand their sweet onions as Vidalias.

Here are some Vidalia onion facts:

However, there is some contention going on.  According to the rules, Vidalia onions aren’t allowed to be sold until a specific date set by the Georgia Department of Agriculture.  In 2014, it was April 21st.  After complaints from local Vidalia farmers who wished to start selling if the crops were ready prior to that date, the Georgia Department of Agriculture made a decision that the April 21st date was firm. They believe this date ensured that only the best and tastiest crops get to the supermarkets, which means that customers remain satisfied with the Vidalia brand.

Local Vidalia farmers did not like this answer, so they took the state to court.  The first ruling, made last month by a county judge, sided with the farmers.  The state of Georgia is appealing the first ruling.  Until the case is settled, the first date you could buy one of these delicious vegetables was April 21st.