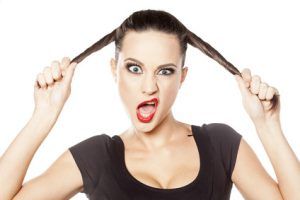 Today’s world has become a world of people seeking to be rich and people also seeking to never have responsibility for their actions.  This combination has led to some of the most ridiculous lawsuits ever filed.  For those of us who are a bit more responsible, these lawsuits at least offer some entertainment value.

Have you heard about the case of Overton vs. Anheuser-Busch?  It appears that Bud Light had commercials that showed a man drinking Bud Light on a balmy beach with bikini clad beauties all around.  Mr. Overton took Anheuser-Busch to court for $10,000 in damages because he claimed emotional and psychological stress when he didn’t have a similar experience from drinking their product.  Needless to say, this case was dropped.

Equally as frivolous was the case of Aitken vs. NBC.  NBC was sued for $2.5 million dollars by Austin Aitken when he watched a particularly gross episode of Fear Factor that involved rat eating.  Mr. Austin claims he became so distraught that his blood pressure rose, causing him to run into a wall and vomit.  He chose an arbitrary amount, not for medical issues, but to send a message to NBC not to air such grotesque footage.  The case was thrown out when the judge pointed out that all Mr. Aitken had to do was change the channel if he didn’t like the programming.

Then there’s Chiscolm vs. Bank of America.  Dalton Chiscolm decided to sue Bank of America for having to make several difficult phone calls to settle incorrectly deposited checks.  He sued them for $1,784 billion trillion dollars.  This amount is actually more than the planet’s entire gross domestic product.  The case was thrown out because there was no cause for the action.  Mr. Chiscolm requested the amount he was suing for and an additional $200,164,000 for his troubles be deposited in his account.

And the most famous “silly” lawsuit known by most everyone is the one where McDonalds was sued for the coffee being too hot resulting in 3rd degree burns to a woman when she spilled it.  This lawsuit actually was not as silly as it sounds.  McDonalds had received many complaints about the temperature of its coffee. And the complainant was only seeking $800 is medical costs to cover the skin grafts she needed.  The jury decided on the ridiculous amount of $2.7 million for her award.

So, you see, it doesn’t always mean you will walk away with a lot of money when you take someone to court.  Make sure you have a viable case first.