What you can learn through copyright infringement cases 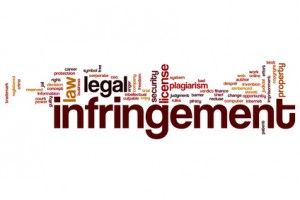 Throughout the time sine copyright laws have been in effect, there have been many cases claiming a violation of a copyright.  The first thing to understand about copyrights is that they are laws protecting the artistic creation of someone.  This would include books, paintings, photographs and songs, to name a few.  Sometimes the violation of a copyright is blatant and there is no question the intent of the defendant was to copy the plaintiff’s work.  Other times it is not so clear.  Read through these cases and see if there is anything you may learn to help protect yourself from being sued for copyright infringement.

Case number one involves a photograph of a man and a woman sitting down, holding a group of seven puppies on their laps.  The photograph is in black and white, but you can clearly see the man has white hair and the lady has dark hair.  Another photographer was getting ideas for a series of statues and decided to use the image.  In his artwork, the coloring was different with the eight dogs being blue, the clothing of the people is orange, but the man has white hair and both people resemble the originals.  Of course the photographer who took the original picture sued.  The judge in the case ruled that the similarities of the sculpture too closely resembled the original and the sculptor was ordered to pay the photographer a monetary settlement.

The lesson you should come away from this is that many of us are inspired by someone else’s work from time to time.  And as flattering as this is to the original copyright owner, you can imagine how frustrating it is to see your work copied and profitable for someone who didn’t create it.  When inspired by someone’s work, make sure there are enough differences between the two creations to keep you out of court.