Who Is An Inventor In A Patent Application?

I have been writing some general practice articles that are aimed at trying to help folks through the patent process or, at the very least, to provide them some general information on what to expect during the patent process.  One issue that arises many times in my practice is who should be listed as an inventor on a patent application.

This always arises after I send my clients an invention questionnaire that asks them various questions about their invention so that I have enough information to draft and file the most complete patent application possible.  Of course, one of the first questions on the questionnaire is a list of the inventors.  Inevitably, I get a question/comment right back along the lines of “well, my buddy kind of helped me out with this, but he didn’t really invent” or “I’d like to put my Mom on the patent because she is helping me with the costs” or any other type of scenario where it is questionable as to who should and who shouldn’t be listed as an inventor in the patent application. 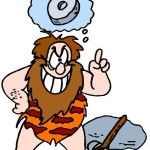 For example, suppose you have multiple inventors that get together and come up with the next great widget, and that the widget has 10 different parts to it.  Also suppose that inventor A was the whiz that came up with most everything, but inventor B came up with this one little add on that really makes the invention something special.  Now suppose that for the sake of enhanced patent protection, they decide to file three different patent applications:

Ownership of the patent is a completely separate matter, and that will depend on several factors, including any business relationship that the inventors have engaged in, or possibly even any employment obligations that the inventors are under.  More to come on this subject, but in the meantime, if you have questions about who should be listed as an inventor, feel free to contact me. You can also follow me on Twitter, LinkedIn and Facebook for even more information.