Why Dumb Starbucks Made A Dumb Trademark Move

You have probably recently heard that a store popped up last week in Los Angeles named “Dumb Starbucks.”  See the picture below of this coffee shop.  I’m no design expert, but this sure did look a whole lot like a Starbucks Coffee Shop that I have been known to frequent all too often. 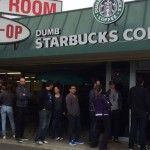 From what I understand, the premise of the store is to give away free coffee/lattes/cappuccinos, etc. When it first happened, all I heard in the media was that this was a “parody” store and that this store is just aimed at making fun of the Starbucks company.  I do not doubt for one bit that this was an effort to poke fun at Starbucks.  In fact, as we later found out, this was a stunt by a comedian that apparently has some ties with Comedy Central.

That brings us to the next issue, which is the general confusion between copyright law and trademark law. A trademark is a source identifier, and trademark law is meant to prevent consumer confusion.  In other words, trademarks are used to protect logos and words that identify the source of goods and services.  For example, whenever you see the Starbucks logo on a building and you are in the mood for a latte, you know exactly what that latte is going to taste like when you go into that building and order one.  That is because you have identified the Starbucks logo with a certain expectation of the goods and services that they provide.

Copyright law, however, covers artistic expression that is fixed in a tangible medium.  For example, when you write a book and put the words on paper, copyright has affixed because the act of putting the words on paper is the act of fixing the artistic expression in a tangible medium.  There are many fair use defenses to allegations of copyright infringement.  One of them is parody.  A parody is when the alleged infringer is defending against an allegation of infringement by noting that they are merely making fun of the copyrighted work. 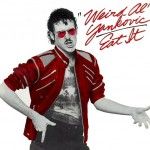 Everyone knows the biggest example of parody – Weird Al Yankovich.  In fact, my copyright class final in law school, which was taught by none other than Gene Quinn the final exam started, Gene Quinn put in a vhs tape (yes, it was that long ago) of Michael Jackson’s Beat It video, and Weird Al’s Eat It video.  The question was that Weird Al just came into your office and asked what his options were with respect to his video.  Advise him.  At the end of the exam, which took me every bit of three hours, I had written a missive on copyright law and what his potential defenses were to an allegation of infringement.  Of course, his biggest defense is that his video was a parody. (currently the head of our Washington, DC area office) was directed to just that topic.

But, at the end of the day, it turns out that this entire thing was a goof, and the health department shut down Dumb Starbucks for not having a license to serve coffee.  I get questions all the time about when is it permissible to use the trademark of another, and to finally put to bed one of the questions I get – it is not ok to try to parody the trademark of another.  That is not an acceptable defense, and if you do it, you may be exposing yourself to liability.