Workers Compensation and What It Means for the Employee 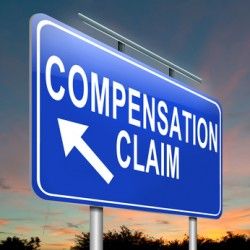 Each state has its own set of worker’s compensation laws and they can vary in several ways, including who is the at fault party, how the claim should be treated, or even how much should be granted as compensation. The majority of states do share the same laws on compensating the injured person, if found at fault, for lost wages or time from work.

Being injured on the job can be a temporary injury and permanent injury. Each will have a list of medical expenses. Permanent injuries may result in long term care, meaning future expenses that will have to be calculated into the overall claim.

When someone gets hurt on the job, they are required to take a medical examination in order to be able to file a worker’s compensation claim. This medical examination may or may not be covered in the worker’s compensation total monetary amount. Normally it will be covered by the insurance of the company that the employee worked for or a government agency responsible for compensation claims. Many worker’s comp claims are never brought to trial. They are settled outside of the court room and commonly on terms that are not fair towards the plaintiff. The medical examiner can be one hired by an insurance company, but you are always allowed to receive a second opinion through your own provider.

Know Your Rights in a Worker’s Compensation Case

As the injured employee, you have a right to bring a reasonable claim against your employer for the injuries if caused on their premises and or by the hands of their wrong doing. Your rights are very important and can be abused in the process of a claim. Whenever you have been hurt on the job or a loved one has suffered an injury due to their employer’s negligence, you have a right to seek compensation.

With a scare of disability or permanent damages, you may have a cause to help you through the financial burdens that come with these lifestyle threatening changes. When you’ve decided that your case is important and should be heard, contact a professional lawyer that specializes in personal injuries and worker’s compensation cases.