According to a recent court filing on Aug 25, Parcus Medical, LLC and Arthrex Inc. settled a patent infringement and capitalizing on trade secrets lawsuit.

The History of the Lawsuit 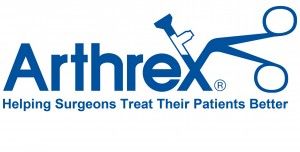 Reinhold Schmieding, the founder of Arthrex, is the mastermind behind America’s great medical fortunes. Headquartered in Naples, FL, Arthrex is a leader in the segments of sports medicine development and educational services for orthopedic surgeons.

It was in December 2011, that the Arthrex Inc. sued Parcus Medical, LLC for stealing proprietary information through some of its former employees. The lawsuit claimed that the previous employees had violated the non-competing agreements, i.e. an agreement between employer and employee wherein it is stated that the employee cannot use any data or information acquired to operate a subsequent business within a given period of time. According to the court papers the case was sued in federal court in Fort Myers, Florida. The case is Arthrex Inc. v. Parcus Medical, LLC, 10-cv-00151, U.S. District Court, Middle District of Florida (Fort Myers).

Mark Brunsvold and Dennis Donnermeyer the accused former employees, went on to start a small company, Parcus Medical, LLC in 2007.  In response to the lawsuit, Parcus had denied all the allegations and had filed answers and a counterclaim against Arthrex.

According to the arguments placed by Parcus, Arthrex had failed to identify any kind of trade secrets which was allegedly misappropriated. They also claimed that the case was a treacherous trial to bad mouth them by stifling and suppressing the competition.

According to the court papers, Mark Brunsvold was the president of Machine Metals, an Arthrex supplier which was acquired by Arthrex back in Feb 2002. Brunsvold has been working there previously until2003May.

Even though Parcus did not respond immediately to the terms and conditions described by Arthrex, they resolved the issues later. According to the press release by Arthrex Inc, both the parties have agreed on remedial measures that include purging of Arthrex proprietary information from Parcus and compensation to Arthrex. Parcus further admitted to paying a royalty for using the patented features such as product manufacturing programming and manufacturing know-how from Arthrex without authorization.