Can I License my Invention Without a Patent?

Many times when I am consulting with inventors, and I inform them of the costs (patent search, United States Patent Office filing fees and legal fees) associated with filing a patent application, I have to field the question regarding whether or not they need a patent, and shouldn’t they just sell their invention without a patent.  That would be fantastic and, technically, it is possible.  You have to understand, however, that a United States Patent provides the owner a right to exclude others from making, using, selling or offering to sell the invention. 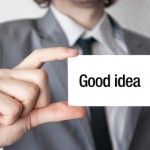 Therefore, one must ask, why would a company pay an inventor for an invention if that payment does not grant them an enforceable right?  For example, suppose you have an idea about how to make a smart phone to work faster and have a battery that lasts twice as long as any other smart phone out there.  You call your patent attorney and find out that the patent application is not within your budget and you decide to go it alone.  You approach Samsung and tell them about your new invention that would make their phones far more superior to the Apple iPhone.  Their interest is, of course, peaked.  If they can provide a phone that works much faster than the iPhone and has a battery that lasts twice as long as the iPhone, then they can probably get more of the smartphone market.

The next thing that the Samsung executive asks you about is your intellectual property patent protection.  You tell them that you have none, but that you want to sell them your invention.  You are then (more than likely) summarily bounced out of the Samsung office.  Why?  You have nothing to sell.  If Samsung were to pay you, how can they stop Apple from doing the same exact thing?  Without a patent, there is no way for Samsung to stop Apple from just opening up one of the Samsung smartphones, seeing your invention and completely copying it.  That is the value of the patent.  If you had a patent, you would be selling Samsung the ability to not only get more market share by offering a superior product, but you will also be offering them the ability to prevent Apple from doing the same thing.  If you were selling Samsung your patent, then the only way for Apple to get into the game is to either design around the patent, or to pay Samsung to get into the game.

Therefore, protecting your invention is key if you want to try to profit from it.  For more information, please feel free to contact me, or connect with me on Facebook, Twitter or LinkedIn.