A Brief Overview On Patents

In my previous article, I indicated that a patent is important to protect the rights of innovators and to encourage them to continue to innovate.  This is done by providing a patent holder with an exclusive right to exclude others from making, using, selling, or offering to sell the invention that is the subject matter of the patent.  This right is granted by the United States Government for a fixed period of time and finds its origins in the United States Constitution.  These rights are provided to the inventor in exchange for a full disclosure of the invention, which is published as public record for others in the field to learn from and, hopefully, improve upon.  This exchange of rights for information aims at promoting the progress of science by trying to remove the natural tendency to keep innovations a secret for competitive advantage. 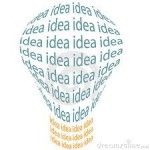 Back to the general overview of patent protection, patentability of an invention depends on whether the invention is useful, novel, and nonobvious.  These requirements are set forth in Title 35 of the United States Code, specifically, sections 101, 102 and 103. Section 101 of Title 35 deals with whether or not an invention is useful and has a utility. Section 102 outlines the requirement that an invention be novel, i.e., new.  The claims of a patent application generally include several elements.  If a patent Examiner were to locate one reference (known in the patent world as prior art) and that reference included every element of the claimed invention, arranged in the same way as it is set forth in the claim, the invention is not novel and, as such, is not patentable. Section 103 of Title 35 outlines the requirement that an invention be nonobvious to one having ordinary skill in the art.  In this case, the Examiner may locate the elements of the claims in more than one prior art reference.  If the Examiner can show that it would have been obvious to one having ordinary skill in the art to combine the references, the invention is not patentable.