Can I Patent My Food Recipe? 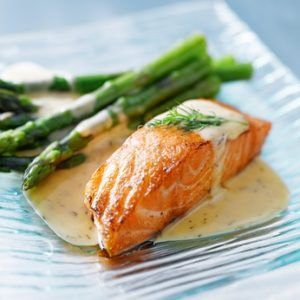 Family restaurant recipes are often kept secrets to protect their livelihood and fend off competition, but it is rare for restaurants or individuals to claim patents for their food recipes. Why is that? The reason is it is simply too hard to prove a recipe is new and never invented before. I mean how many ways are there truly to make marinara sauce?

All food recipes should meet the useful requirement as long as the food is edible. So we will focus on the other two requirements as they go hand and hand. Under 35 U.S.C 102 and 35 U.S.C. 103 sections of the statute on patent eligibility, food recipes need to be a new invention and notably distinguishable from prior recipes already used.

Baker was able to obtain a patent on his ribs because he had discovered a new method of de-boning the ribs after being barbecued. While it is not uncommon to de-bone ribs before barbecuing, he had successfully developed a quick method to de-bone the ribs after the ribs were already cooked. As any rib lover knows leaving the bones in the ribs while cooking are what give the ribs its wonderful flavor. His never seen before process proved to meet the novel requirement. His ability to maintain the bone flavor after the bones were removed from the ribs differentiated his ribs from other boneless ribs and successfully satisfied the non-obvious requirement.

If you or someone you know is considering filing for a food patent law make sure your food recipe can hold up to the novel and non-obvious requirements. Otherwise, consider keeping the recipe as a trade secret. Many food companies and restaurant entrepreneurs prefer keeping recipes as trade secrets over patenting them simply because trade secrets remain the intellectual property forever, whereas patents expire over time. Also in order to file a patent, the recipe or process to make the recipe must be disclosed to the general public. Any company or individual looking to steal your recipe or process only need wait until the patent term expires.