Can You Really Use Statistics for Sentencing? 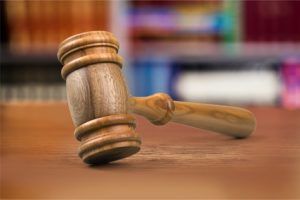 In a book written by Cathy O’Neil, who has a PhD in mathematics, the author claims that some statistics are racist. She writes that police officers look at zip codes, potential employers look at your credit score in order to determine your fiscal responsibility, and that lenders often analyze the way you speak to determine if you will pay back your loans. But in these statements, zip codes mean race, credit score means wealth and the way you speak actually means you might be an immigrant. She also claims that states started using recidivism, or relapsing into criminal behavior, models to sentence people, and that they take things such as “prior convictions, where you live, drug and alcohol use, previous police encounters, and criminal records of friends and family” into consideration.

Do States Really Do That?

Let’s break this down a bit. Of course the court is going to look at your prior convictions. It makes perfectly good sense. If you have been convicted of crimes in the past and are still committing more, clearly you didn’t get the message the first time.

Most judges don’t keep in depth statistical models on all the different areas they serve. So, making a conviction based on where you live would be pretty much impossible. While some judges may know crime rates of a specific city or town, it’s highly doubtful that, just because you happen to live in that area, your address is going to be used against you.

Sure, drug and alcohol use may play a part in your sentencing. If you were drunk behind the wheel of a car or using illegal substances, that kind of information can heavily influence the court’s decision. But there is nothing in any statistical data for drug and alcohol use.

As far as bringing up past police encounters, most states frown upon that during sentencing, and thus cannot be considered statistically.

And the criminal records of your friends and family? Really? It might be used as a part of your social history, if you had connections with a family member or friend that was taking part in something illegal, but just because your sister or your uncle committed a crime, that does not sway the court’s decision, believing you to be more likely to commit a crime as well.

Statistics do have their place, even in the courtroom. But the manner in which they are being claimed to be used is pretty much impossible. Courtrooms don’t have the resources to keep what would be some pretty lengthy and in depth data.