Claim drafting ain’t easy.  On top of having to concisely describe a quite-often complicated invention, there are all the strategic implications on word choice, independent-dependent relationships, and too many others to recite here.  However, one overarching strategic decision to be made when drafting claims prior to filing an application is this; should one draft claims that are likely to receive a first Office Action allowance, or draft claims that are broader and much less likely to be allowed?  This is a very important strategic decision that has many implications, turning mostly on the immediate need for an allowable patent and the intellectual property budget of the owner. 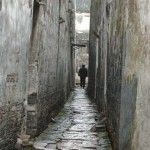 As noted above, narrow claims are more likely to be allowed right off the bat.  The advantages to this are many, such as very quickly (after it gets examined, anyway) having an assertable patent right.  If there is a particular target in mind, speed may be more valuable than breadth.  Moreover, such a strategy tends to reduce the cost involved in getting allowable claims for that particular application.  We all know an attorney’s time is pricey, so not having to respond to multiple Office Actions can be desirable from a cost perspective.   However, whenever I receive a first Office Action allowance, I always wonder what has been left on the table.  Here is where the initially narrowly-drafted claims lose some of their luster.  Without having received even a single rejection, you don’t know  how the prior art the examiner dug up is applicable, in their mind, to your invention and any potential broader claims.  Indeed, it will take the attorney time to analyze any references cited by the examiner in their allowance.  Furthermore, if after review of the allowance you find there are broader claims that might be allowable, it will take filing a new application with newly drafted claims to find out.  This will eat at the savings realized by drafting narrow claims.  Moreover, in order to preserve the priority date, such an application must be filed before the allowed claims issue, so you’re not working against a deadline as well.

In contrast, broader claims come with their own advantages and disadvantages.  One of the most immediately obvious differences is the time it will take in order to sufficiently narrow the claims so as to be deemed allowable by an examiner.  Depending on the field of the invention and the… tenacity of the examiner, this could range from a few months to a few years.  Also, this most likely means the cost for getting allowable claims will be greater, as described above.  However, once an allowance is received, you can have greater confidence that the claims are about as broad as was feasibly obtained.

Ultimately, it all comes down to choice and what the purpose is behind filing the application.  As always, one is well served to consult with an attorney early in the process not only to draft an application, but to develop an over-arching IP strategy to determine what are the most valuable IP assets to pursue, and to leave no stone unturned and unexamined.