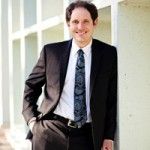 For the uninitiated, patent protection may seem like a one-off transaction; you have an invention, you get a patent, and you (ideally) monetize.  For some, especially the garage inventor, this may be a wholly suitable strategy, and certainly has its advantages of being relatively low in cost, and requiring less planning and oversight.  However, for more sophisticated entities involved in long-term research and development of multiple inventions, many of which are interrelated, a more comprehensive patent strategy is quite likely to provide such entities with the ability to effectively protect the entirety of their work, as well as provide sure footing for their entry and continued participation in the marketplace.  Of the many strategies that have been devised, a common one is defensive patenting. 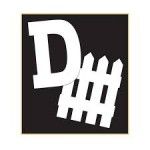 I suggest making this the image on the cover page of every patent application.

Generally speaking, defensive patenting is the strategy of obtaining patent protection without necessarily intending to assert or enforce those negative rights associated with a patent.  That is to say, even though your patent enables you to bring suit against an alleged infringer and to collect a license in abeyance of that, you instead choose not to seek out such outcomes.  Instead, the protection offered by patents to practitioners of defensive patenting comes from the mere ability to do so.  Once a critical mass of patents have been acquired, the theory is the benefit of filing and potentially winning a patent infringement suit against an entity that has a defensive patent portfolio is outweighed by the risk of awakening a sleeping bear.  Once a patent infringement suit is initiated, if the plaintiff in that suit is a market participant (read: not a patent troll), the entity having a defensive portfolio will almost certainly have the ability to counterclaim for patent infringement, a risk that may have potentially greater consequences than the initial suit’s potential benefits, and the allegation of infringement may have never arisen but for the initial suit.

The reasons for practicing defensive patenting are numerous and multifarious.  First, for those who are adversarially-averse, the benefits of defensive patenting ideally will come without having to file suit while simultaneously discouraging others from suing.  Second, for those whose primary revenue stream is in the sale of products that practice one or more patented features, defensive patenting may serve as a form of insurance in the ability to continue to manufacture and sell those products.  Third, even though the monetization of intellectual property may not be part of a short-term revenue model, having a portfolio of patents can be useful in a wide variety of scenarios, be it seeking out investment capital, generating new revenue through licensing, or liquidating assets for quick cash.

Defensive patenting can be a viable option for many entities.  However, it is not a panacea.  In upcoming articles, I will talk about scenarios where such a strategy is viable, and where alternative strategies may be preferable.