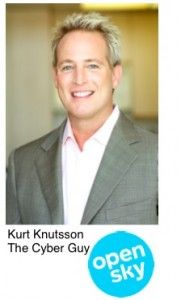 Kurt Knutsson, better known as Kurt the Cyberguy to long time followers of KTLA Tribune television, filed a lawsuit against KTLA for breach of contract, age discrimination, and misuse of name and likeness.  Kurt Knutsson established himself as the technology expert, reporting on the latest innovations and gadgets for KTLA in exchange for exposure and payment.  His “Kurt the Cyberguy” reports were syndicated to more than 20 stations.

Kurt Knutsson who had a relationship with KTLA dating back to 1995, says his contract was unexpectedly terminated in December 2010.  He was told by two executives the contract terms would need to be renegotiated at a lower rate.  At the time Knutsson was under a five year contract term that was set to expire in 2013.  He still had three years left on his contract term.  Then two months after his contract was terminated, he was told by News Director Jason Ball and human resources personnel that his services were no longer needed.  There were no renegotiated contracts offered.

Knutsson believes the decision to let him go was based on his age and not talent.  He also believes they infringed upon his right of publicity.  The right of publicity allows Knutsson to control the commercial use of his own name, image and likeness.  In California, celebrities have the right to trademark their identity and block others from using their identity up to 70 years after deceased.

Knutsson claims his name and image continued to display on KTLA and affiliate network websites long after his employment ended with them.  Instead of removing his picture, they used his image to link to his replacements profile page, the page of Rich DeMuro.  They misused his image to lead his followers to his competition.  They also are being sued for manipulating keywords and metatags resulting in search engine traffic directing followers to again his replacement Rich DeMuro’s page instead of Knutsson’s.  Rich DeMuro reports using the same style and format that Knutsson uniquely created for the Cyberguy.

“KTLA derived millions of dollars in net revenue from new business in respect of CyberGuy broadcast programming, but KTLA failed and refused and continues to refuse to pay (Knutsson)” the 20 percent of those revenues he should receive”, states the lawsuit.

Knutsson hopes to recoup his loss earnings and legal fees from this lawsuit.  If his allegations are true, KTLA better get their check book ready. Mr. Knutsson will be expecting his long overdue paycheck.