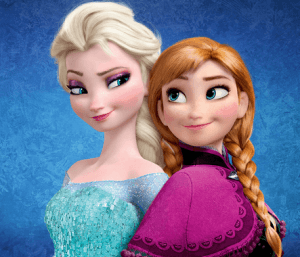 Disney is one of the most recognized and loved names in the world. Going to Disney World or Disneyland is every child’s dream. They can see all their favorite characters like Mickey, Minnie, Goofy, Donald, Cinderella, Snow White, Peter Pan and more. Yes, Disney knows how to create a fantasy world for children. Even when you leave Disney, the characters follow you everywhere. Clothing stores have sweatshirts and t-shirts with Mickey, Minnie and the gang on them. Jewelry is made in their likeness. Items for your home like, waffle makers, lamps, blankets and glasses have their images on them. With the characters from Disney seemingly everywhere, how does the Disney Company keep a handle on trademarks and other Intellectual Property rights?

Disney actually has an antipiracy group to watch over the use of their brands and characters. They take it very seriously. Most of the characters in the Disney family are created by those talented artists from Disney, but some of the most loved characters are not actually creations of Disney. Take the Disney princesses for example. Let’s talk about Cinderella, Snow White, Little Mermaid and Sleeping Beauty. You might think they are creations of Disney; after all, the castles in the middle of Disneyland and Disney World belong to Cinderella, don’t they? And the princesses are always together on backpacks, pillows, blankets, clothing and toys. Did you know the intellectual property rights of those princesses and other characters actually are owned by public domain or book publishers? Snow White was created by the Brothers Grimm. Charles Perrault created Cinderella. The Little Mermaid was created by Hans Christian Andersen. Surprise! Of course, Disney holds a tight rein on anything resembling their characters, adding to the misconception of their intellectual property rights. And they will fight to keep those characters in the Disney family.

Let’s move on to “Frozen”. “Frozen”, is a mega hit for Disney and unless you live under a rock, you’ve heard the song from that movie a thousand times. It’s everywhere. Fathers and daughters have videos on YouTube singing “Let it Go”. There are parodies all over the place. Having this song become as popular as it has is certainly not hurting Disney’s bottom line. In fact, these acts of copyright infringement have certainly boosted the popularity of this movie, making Disney a great deal of money.

It’s evident that Disney needs to keep an eye on those who would violate their intellectual property rights in most cases, but it can pay to turn a blind eye at other times.