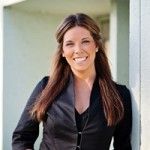 Larry Klayman, an attorney and General Counsel of an organization called Freedom Watch, brought an action against Facebook, Inc. and Mark Zuckerberg, founder and CEO of Facebook, Inc., (collectively referred to as “Zuckerberg”) asserting claims of assault and negligence. Zuckerberg filed a motion to dismiss, which the court granted just a couple weeks ago.

Klayman initiated the lawsuit after running across a page titled the “Third Palestinian Intifada” while using his Facebook account. The page called for an uprising beginning on May 15, 2011 after Muslim prayers were completed, announcing and threatening that “Judgment Day will be brought upon us only once Muslims have killed all the Jews.” The Facebook page had over 360,000 participants. The page caught the attention of the Public Diplomacy Minister of Israel, who wrote a letter to Zuckerberg requesting that he take down the page. At first, Zuckerberg refused; however, he eventually removed it. 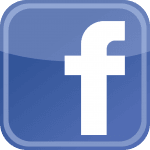 or enables computer access by multiple users to a computer server, including specifically a service or system that provides access to the Internet and such systems operated or services offered by libraries or educational institutions.” An “information content provider” is defined as “any person or entity that is responsible, in whole or in part, for the creation or development of information provided through the Internet or any other interactive computer service.” By its plain terms, the CDA immunizes internet computer service providers from liability for the publication of information or speech originating from third parties.

The court looked to a three-pronged test to determine if Zuckerberg should be liable.

(1) Was Zuckerberg a provider or user of an interactive computer service?

(2) Did Klayman seek to treat Zuckerberg as a publisher or speaker of the information provided?

(3) Was the information at issue published by another information content provider, i.e., a third party?

The court reasoned that Zuckerberg met the first prong because Facebook is a website that gives its users the ability to create, upload, and share various types of information, with potentially millions of other users. In other words, Zuckerberg provides or enables computer access by multiple users to a computer server.

Additionally, Klayman claimed that Zuckerberg was liable as a publisher or speaker of the third party’s information, and Klayman acknowledged that another information content provider created the information. Because all three prongs were answered in the affirmative, the court dismissed the case.