GoldieBlox Sues Beastie Boys First Over Use of “Girls” Song 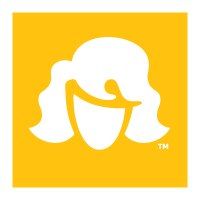 The Beastie Boys are receiving a bad reputation after suing toy company GoldieBlox for copyright and trademark infringement of their song “Girls”, but apparently they were not the first to strike. GoldieBlox sued the Beastie Boys first!

The trouble all began last month when the toy company GoldieBlox launched a highly successful YouTube video using the Beastie Boys 1987 “Girls” song. The song lyrics were amended to inspire young girls to become future engineers and help promote the company’s line of engineering toys. Lyrics that once boasted rather sexist commands of “Girls, do the dishes” were altered to “Girls, to build a spaceship”. The overall feel of the video was uplifting. Unfortunately, GoldieBlox never sought permission from the Beastie Boys to use part of their existing work for the making of the video. Perhaps they never dreamed their video would draw the attention of the Beastie Boys..

It reached the Beastie Boys attention right after 8 million other viewers from around the world watched the company’s viral video. When the Beastie Boys approached the toy company about the using of their song, GoldieBlox took the offensive and sued the Beastie Boys. In a statement released by the Beastie Boys to their fans, they clearly imply no cease and desist letter was even delivered when the lawsuit was filed against them. “When we tried to simply ask how and why our song “Girls” had been used in your ad without our permission, YOU sued Us.” Is this a case of sue or be sued

The toy company is claiming their parody rewrite of the “Girls” lyrics protects them under the fair use law, but the Beastie Boys are fighting back claiming the repetitive use of the word “girls” in the parody creation too closely copies their original work. The Beastie Boys also have the will of late band member Adam Yauch as another fighting weapon. Adam Yauch, who passed away last year to cancer specifically outlined in his will that in no event may his image, name or music be used for advertising purposes.

Uh oh. GoldieBlox may have overstepped their reach on this one. Only the courts will say for sure. Either way it is a sticky mess.