Google Facing Lawsuit Over its Motorola Phones in Germany 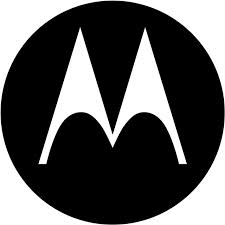 Perhaps this is not the first time Google is facing a lawsuit, but this time it has to do with infringed phone technology or so a German court says. Patents are there to protect an innovation, but it is not as simple as it sounds. Patent battles are long and hard with both parties putting up a good fight, especially when it involves millions of dollars. When the battle is across international borders, it makes the fight harder as there are a whole lot of other issues to be dealt with. A company manufacturing phones in Florida might well face an infringement lawsuit in China these days.

For example Motorola, which is now owned by Google, recently had a German court rule that Google has indeed infringed on a patent owned by the German company, LPKF. The patent deals with a unique way of creating antenna patterns in phones where space is a critical factor. The technology is known as LDS (Laser Direct Structuring) and it involves the use of a laser, which creates microscopic cuts and pits onto the plastic over which you can anchor a metal coating to or in. This technology is cheaper and easier than injection molding or hot stamping and companies all over the world are using this technology including a company in China.

The Chinese company, however, still has the right to manufacture its phones using LDS as China has ruled that the LDS patent owned by LPKF is invalid in their country. However, that is not the case for Google as the German court has ruled in favor of LPKF. So now Google has to recall all its products based on LDS technology, but the company is still taking its time to come up with a plan of action. The reason is that, Google might appeal to another higher court which might end up with a favorable ruling for Google. On the other hand, Google is now trying to sell Motorola to Lenovo and perhaps another court session might take a back seat for the time being.

The Fight is Still On

In the meantime, LPKF is re-appealing in a higher court for its patent to be recognized in China. This is a technology that makes money and LPKF is going to do its best to prevent others from using what they consider is rightfully theirs. So it does not matter whether a technology was created in Florida or in Timbuktu, it had better still be patented.