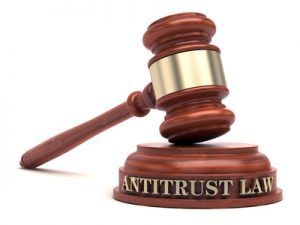 Having an open and free marketplace is essential to have a prosperous economy.  When businesses are competing for customers it gives those customers the benefits of more choices, lower prices, better quality and more innovation.  The laws of the competitive marketplace are enforced by the FTC, Federal Trade Commission.  The antitrust laws they enforce benefit all consumers.

Back in 1890 the United States passed the first antitrust law.  It was the “Sherman Act”.  It was a charter aimed at preserving unfettered and free competition in regards to trade.  Congress passed two additional bills in 1914.  Even though times have changed and antitrust laws have been altered to reflect those changes, the basics of the antitrust laws remain intact.

There are federal antitrust laws and state antitrust laws. The 3 federal antitrust acts that are the basis for fair trade in the market place are; the Sherman Act, the Clayton Act and the Federal Trade Commission Act.  The Sherman Act prohibits price fixing, rigging bids or creating monopolies.  The Clayton Act further expounds on prohibiting mergers that could create monopolies of a product or service.  The Federal Trade Commission Act deals with interstate commerce, however does not carry criminal charges.

Violating antitrust laws has cost consumers billions of dollars.  When companies merge to create a monopoly of a product or service, a consumer is limited in choice.  The company can then charge whatever it wants for its product or service. Bid rigging would mostly have to do with two businesses joining together to bid for a contract in such a way to ensure the end result in the contract award.  This practice proves costly to governments.  Another way companies cause the consumer to pay more is to allocate customers based on geographical areas or such to reduce competition.

Antitrust laws can be enforced by The Federal Trade Commission or the Antitrust Division of the Department of Justice.  These laws can also be enforced by private parties suing companies in court.  Antitrust laws depend on public awareness.  When the public is apathetic towards these practices, it affects all consumers.  The public can help keep businesses being competitive and fair by reporting any alleged violations.  Private individuals may also seek guidance and counsel if they have claims of damage against a company.  An experienced business attorney will know whether the situation is a violation of antitrust laws or not.