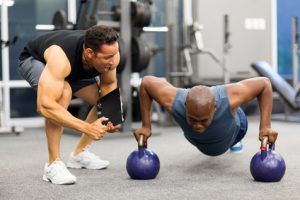 New Technology Developments
New technology helps improve the effectiveness of athletes every day. Enhanced running shows allow runners to move faster around the track. Improved helmets and pads allow players to tackle each other more brutally in football. An enhanced pole lets the vaulter soar to new heights and break a world record, and improved tennis racket technology provides the power that players need to play better than ever before. Enhanced treadmills, weight systems and training tools help make stronger and more effective athletes even when they aren’t used during games as well.

Copyright Broadcast Coverage
Many sporting events are only popular because they are broadcast on major television networks. These networks would never broadcast the events if everyone was free to show that broadcast any way that they like. Since the broadcast is copyrighted and it is protected for just the owner of the network, it’s possible for these major events to take place and receive massive worldwide or nationwide coverage. Without that copyright protection they would never have been covered on such large television networks.

Design Protection
Many athletes rely on publicity deals in order to make enough money to pursue their sports full time. For this reason trademarks and copyright deals help fund athlete training. If it wasn’t for those valuable brands that are paying for an athlete to pose in a commercial, the athlete would have to get a side job to train for the Olympics or to get ready for the next big game. That’s another major reason that professional athletes are as good as they are, because they are paid for by protective laws around the world.

Without intellectual property laws, athletes simply wouldn’t be as good as they are today. They wouldn’t get the funding or media coverage that they get. They wouldn’t have the helpful equipment that they use and they certainly wouldn’t have all the endorsement deals that they have, because why would anyone bother? Athletes have the laws to thank for part of their success, and it’s these laws that everyone relies on to help improve other areas of society as well.