The Effect Of Listing An Improper Inventor On A Patent Application

My last article set forth the definition of an inventor.  In short, and inventor is someone that has had some sort of input into a claim that is listed in a patent application.  That input does not have to be very significant in order to be considered an inventor.

Here in Central Florida, when I am speaking to inventors, this topic comes up all the time.  Many times, there is an inventor that is working with an investor (and sometimes that investor is a family member).  In those situations, my clients sometimes want to list the investor on the patents, merely to honor that investor, or in an attempt to provide security to the investor in their investment. Unfortunately, the inventor will have done neither by misrepresenting to the Patent Office the inventorship.  Instead, all that the inventor has likely done is give grounds for the patent to be easily invalidated.

35 U.S.C. 111 notes that an application for patent shall be made by the inventor.  When submitting the patent application, an oath or declaration must be submitted with it.  The form for the declaration is available on the PTO website.  The declaration specifically states, however, that the person signing believes that they are the original inventor or the original joint inventor of the claimed invention.  The signor also acknowledges that a willful false statement is punishable by fine or imprisonment. 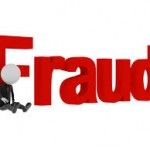 Proving fraud before the PTO is a heavy burden though. To prove fraud before the patent office, the party challenging the patent must prove by clear and convincing evidence that the patent holder, in its application for the patent, intentionally misrepresented or withheld a material fact from the PTO.   A great article on proving fraud to the PTO can be found here.  Normally, that would be a very great burden, i.e., clear and convincing isn’t exactly as high of a burden as “beyond a reasonable doubt,” which is really only applicable in criminal cases, but it is close to the next best thing.  Here is the catch though – by improperly signing the declaration that was referenced above, an improper inventor listed on the patent application has given the challenging party pretty much everything they need to prove that fraud was committed on the patent office.

Even if one of the inventors was not listed on the patent, there is still trouble.  I have heard folks tell me that they wanted to leave a particular inventor off of a patent application because they were just an employee and did not want that person to share in any perceived profits that might come from the patent.  In two words – bad idea.  Notice that the declaration above requires the signors to indicate that either they are the sole inventor or that they are the only co-inventors.  If you leave one of the inventors off the application, then you are going to be in the same boat.

At the end of the day, the best thing to do to keep your patent enforceable is to be sure that all of the inventors are appropriately listed when filing the patent application.  For more information about who should be listed as an inventor, feel free to contact me. You can also follow me on Twitter, LinkedIn and Facebook for even more information.