Is Happy Birthday to You copyrighted? 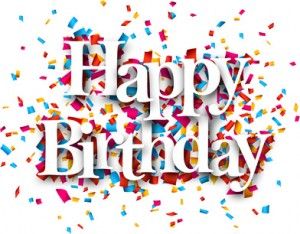 Candles are lit on the cake and your friends and family have gathered around you. So what happens next? They all sing “Happy Birthday to you”, naturally. Then candles are blown out, with or without help from someone and clapping begins. The cake is cut and served with ice cream. This scenario plays out over and over again on a daily basis here in the United States. We’ve all been doing it for years. Do you know that there was a copyright claim on “Happy Birthday to you” a few years ago? What ever happened to that?

Let me first tell you a little history about the song. The song has been translated into 18 different languages. In the English language, it is the most recognized song. I know, you thought that would be “I’m all about the bass” but it’s not. When the song first came along, it was simply called “Happy Birthday”. The melody of the song is said to have come from sisters Patty and Mildred Hill in 1893. Their song was called “Good Morning to all”. Mildred was the musical sister, playing the piano and composing music. Patty was a kindergarten principal. They found that their song was easy for young children to sing. Using the words “Happy Birthday to you” dates back to first being seen in print in 1912. None of the printed versions had any copyright notices or credits. However, in 1935, the Summy Company filed for a copyright claiming that Mrs. R. R. Forman and Preston Ware Orem were the authors. Things stayed status quo with the song being front and center at the cake table until 1988 when Warner/Chappell Music bought the Summy Company. They claim the copyright will stay in effect until 2030 and any public performances of the song are illegal unless they are paid royalties. This caused quite an uproar as you can imagine!

This story does have a happy ending however. Much attention was drawn to the copyright status of “Happy Birthday to you” when the Copyright Term Extension Act was passed in 1998. The U.S. Supreme Court even got involved by upholding this Act in 2003. A law professor, Robert Braunels, did extensive research on this subject. His findings were in 2013, that “Happy Birthday to you” was certainly not under any copyrights at this time. As a matter of fact, Warner/Chappell was sued by Good Morning to You Productions for falsely claiming that they had copyrights to the song.  We can all rest easy that the next time we belt out “Happy Birthday to you” we won’t owe anyone a dime.