Is it Scramble or Scrabble? 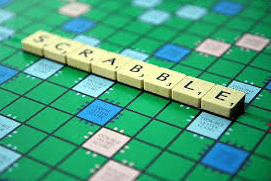 Smartphone word games popularity has exploded but is it because of their similarity to already existing word board games? The Mattel toymaker would argue this is indeed the case. They filed a lawsuit against Zynga for using a brand name too closely resembling their own. They argue that Zynga’s “Scramble with Friends” online word game too closely imitates their existing Scrabble. Mattel believes that the word “Scramble” is too similar to the word “Scrabble” and is confusing their customers into thinking they are playing Scrabble, the online version of their board game. Mattel has sued Zynga for infringing on their brand name.

A game that has been enjoyed by families for over sixty years, Scrabble is a household name. There is little doubt Zynga’s online “Scramble with Friends” was modeled after the original Scrabble word game, as many of today’s other word games also follow inventor Alfred Butts cryptographic use of the English language and tile point distribution set up. But is their name too similar to cause consumer confusion?

The British Justice Peter Smith did not believe so. He ruled in favor of Zynga, allowing them to keep their brand name Scramble. However, he did concede that the squiggle design of Zynga’s letter “m” in Scramble could trick the consumer that was reading fast into thinking the word was Scrabble. For that reason, the judge made the concession that Zynga could keep their brand name “Scramble” but needed to change their logo design so that the letter “m” no longer squiggled.

Mattel while pleased with the Judge’s decision to order the logo design be changed is disappointed the word Scramble is still being allowed. They plan to appeal in the hopes to cease the use of the word Scramble. Zynga has chosen not to comment on the case.