Is There Legal Protection for Software? 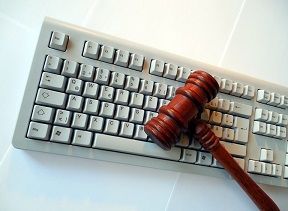 Although the protection strategy has changed, the answer is yes.

Until recently, software patents accounted for about half of all utility patents issued by the USPTO. Application of a 2014 U.S. Supreme Court case, Alice v. CLS Bank, effectively slammed the door on this practice. Likewise, software patents issued prior to this decision have been routinely stricken down by the courts as invalid. Only a small number of utility software patents have still been allowed at the expense of nuanced arguments and arduous appeals. However, there remains a variety of methods when used in combination that can arguably give broader legal protection with numerous practical advantages to the software industry.

The strategy involves dividing software into tiers, and protecting each tier differently. It also involves taking advantage of newly passed federal legislation that protects a company domestically and abroad.

Most software can be divided into several levels including a user interface, application programming interfaces (APIs), algorithms and data structures.

To properly protect a trade secret, businesses should use carefully drafted non-disclosure agreements, access control its programmers, and limit the amount of time electronic documents remain active after transmission. Having a law firm implement a business’ risk management structure before a problem arises can strengthen trade secret protection when it comes time to enforce the right through litigation.