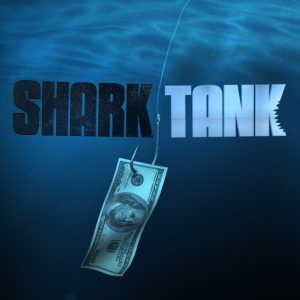 If you have not watched the TV Show “Shark Tank”, it is a show where small business entrepreneurs and inventors go to appear on TV to “be discovered”. This led Scott Jordan, the inventor of TEC (Technology Enabled Clothing) to appear on the show. But there was a nasty little clause in the agreement to appear on the show. If he mentioned the name that his store goes by, “Scottevest”, then the producers of the show could claim 5% “in perpetuity” on every sale of the vest. This means that the payments could go on forever, even if the show edited the mention out of the program.

Jordan, being a shrewd businessman, looked over the contract and was careful not to mention the name Scottevest. What transpired was actually highly entertaining with the people on the show trying to “bait him” into saying the name.

On the surface, people might say “5% sounds fairly reasonable to me. If the show produces more sales for the company, then what’s wrong with the 5%?” In the case of Scottevest, the business was already very successful, already having million in sales and years of hard work and sweat invested, does he want to give up 5%? In perpetuity? Apparently not.

After a rather terse “back and forth” between Jordan and Mark Cuban, where Cuban actually said his sole purpose was to get Jordan to cry, the outcome has been for the show to drop the clause afterward.

Jordan went on the show to try and score a three million dollar deal, which he left without. With that money he could have used it to expand his business, (R&D, hiring more staff, etc). But also he went on the show for the publicity. Score! The controversy created was worth millions for Scottevest and in truth, did a lot of good for the show.

So did Jordan and Cuban make up? No. Cuban, according to Jordan, actually went so far as to offer to pay a competitor’s legal fees should Jordan sue them for copyright infringement. WOW! Sounds like Cuban doesn’t like when somebody outsmarts him.

Apparently though, Jordan can still not mention the name Scottevest on any broadcast or podcast without risking the 5%, even though the clause is no longer in effect. It sounds like the San Antonio Spurs now have a new biggest fan.