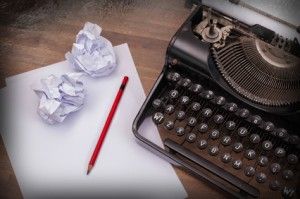 Authors are currently up in arms about a proposed change in copyright law that would shorten the length of copyright to a meager 14 years. This proposal, included as part of the group’s manifesto for the next Parliament, comes from the Green Party of the United Kingdom, who contend that in order to achieve their goal of “greater sharing” among citizens, the copyright should be cut from its current length of the author’s lifetime plus 70 years. They would also attempt to prevent software patents from being issued, and believe that these measures would help ensure a collaborative and more flexible environment than the one that currently exists.

The manifesto has been met with resounding condemnation from the writing community. Many authors have taken to Twitter to announce their disapproval, and urge their fans to carefully consider the candidates in the upcoming general election. One of the most vocal dissenters is the Society of Authors, which released a statement indicating the importance of copyright and expressing their concerns over the proposed change. The society pointed out that authors depend on the money they make from their work to survive, and that a maximum length of 14 years for copyright is not enough time for them to truly collect their fair share of earnings. Also discussed was what exactly would happen after the copyright ended. Authors creating popular work, for example, would be far less likely to receive any sort of recognition or compensation should their writing be picked up for further development, either in writing or an adaption for film. Corporations could simply wait until the copyright runs out, and then use the work at will.

Imagine, for example, that this proposed law was already in effect. J.K. Rowling originally released Harry Potter and the Philosopher’s Stone in 1997. Under this proposed change, the copy would have already run out, allowing anyone to use the book as they see fit – and Rowling wouldn’t receive any type of compensation whatsoever. The work would effectively stop being hers, as she would have no say in its future and it could be further developed without any kind of input. A more clear-cut example might be that of F. Scott Fitzgerald, whose titular novel The Great Gatsby has enjoyed great success over the past few decades. The text is part of classroom curriculums and has several film adaptations. If F. Scott Fitzgerald were alive today, he wouldn’t receive any of the resulting earnings – no royalties and certainly no earnings from the movie.