Shredded Wheat by Any Other Name… 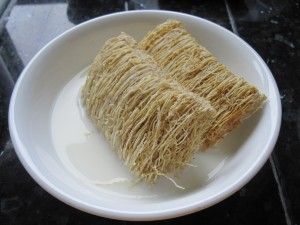 The argument over intellectual property rights has been around for a long time. There is a quote from Thomas Jefferson where he talks about those who receive ideas from him are receiving a lesson. He says that it doesn’t diminish his idea. He likens it to someone lighting a candle from the light of his candle. The ideas are simply being passed on. Paying it forward is in effect. That sounds very poetic, but not everyone sees it that way. Many people who come up with profitable ideas want their pay to stay right where it is. Intellectual property law was tested in an early 20th century case involving two popular food manufacturing companies that still thrive today.

This was a landmark case during a time when trademark law was unstable. The ruling still stands as a decision for trademark cases. It became the foundation of other intellectual property laws such as the Lanham Act and the Functionality Doctrine. The Lanham Act of 1946, signed by President Harry Truman, prevents false advertising, trademark dilution, and trademark infringement among other things. It has been amended several times since its enactment. The Functionality Doctrine refers to a business or individual’s right to produce a product that is competitive to or a rival of another. Designs of products that are fundamental to functionality are not protected by trademark or unfair competition laws.

What do you think Thomas Jefferson would say about that?