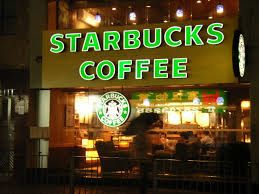 On December 9th, 2013, Exit 6 brewery outside of St. Louis, Missouri received a cease and desist letter from one of America’s largest national chains for coffee, Starbucks. The Starbucks’ legal team contacted the brewpub in an effort to have the business stop using the term “Frappicino” to describe one of the brewery’s stouts, a term that infringes upon the coffee conglomerate’s trademark term “Frappuccino” as it is phonetically pronounced the same.

Business as usual right? Big company with a trademarked term compromised sends good old cease and desist letter to small business and small business meekly complies. Not so here. In a surprising twist in this story, brewer Jeff Britton fires back at the massive coffee company with a cheeky reply. The legal team at Starbuck’s demand for cease of all use of the term “Frappuccino” was taken very literally (for comedic purposes) in his reply that successfully pokes quite a bit of fun at the legal move of the company. Exit 6 Pub and Brewery, Jeff Britton stated that he would refer to this term as “The F Word” through the remainder of the document to avoid any further pursuit of action by Starbucks. He also offered up his profits from the three sales “The F Word” brew had made. He even included a check for the amount, totaling $6.00.

This begs the question of why a small brewery in small town Missouri, that makes small batches of craft beer at a small bar, is being prodded by this larger corporation. A tad bit overkill don’t you think? However, it seems Britton has taken this event and spun it into a revenue generating avenue. Exit 6 now sells the beer that was in question as “The F Word” and shirts that picture the $6.00 check submitted to Starbucks. Britton sums this whole experience up when he sassily mentions, “We just want to help a business like Starbucks, us small business owners need to stick together.”

In the end, we know that Exit 6 technically infringed upon a term that was rightfully trademarked, but after all this, where does this leave the consumer’s opinion of Starbucks, a company that promotes fair trade and newer musical artists just trying to get off the ground? This begins to feel counteractive to a lot of what the brand is built upon and it will be interesting to see if this has any negative impact on Starbucks.