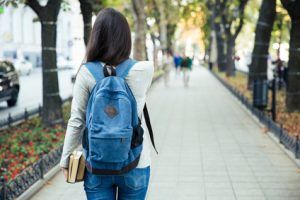 Students are increasingly running into issues where they create innovations while as a student at a University and the University has a policy in place stating that the creations belong to them, or partially belong to them. This is a serious issue that is taking away from the creations of our youth and Caleb Carr is an excellent example of this.

About Caleb Carr
Caleb Carr created a gurney stabilization enhancement while a student at the University of Colorado Denver. During that time, he worked on the project in his dorm or in the school’s library and none of the research was funded by the school. Even though he came up with the enhancement on his own, he ran into some issues while trying to file a patent for the technology. The school has a special law that states that it owns 75 percent of any of the innovations that students create while attending the school. That’s a ridiculous umbrella law that takes from students, even though the school may not necessarily be funding the project at all.

Exclusively for Research Projects
That’s the type of law that should only apply to research projects. It’s entirely understandable for a school to want to retain the rights for patents and technologies created during funded research projects, and there should be documents that the students have to sign to join the research team. But to lay a claim to all the creations of the students that attend the University, without any limitations is quite ridiculous.

Uninformed Students
Many students attending colleges with strict intellectual property policies don’t know that the policies even exist. That’s because it isn’t something that the school tells students, and the laws themselves are often quite ambiguous. This is another issue that schools have to clear up, and students really need to research the laws that the school has before filing for their creations.

Fighting the Law
In order to fight the laws Carr created an advocacy group known as Students for Intellectual Property to help fight these ridiculous laws and he is fighting for between 75 and 100 percent ownership for the student in his situation. This isn’t a law that’s only found at this one university, there are similar laws at colleges all around the country. Students are beginning to stand up and fight against these unjust claims on their hard work, but only time will tell whether or not they are successful.