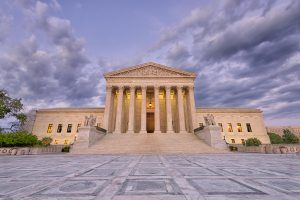 The US Supreme Court agreed to decide whether the US Patent and Trademark Office’s policy of requiring its attorneys’ fees be paid regardless of the outcome of the case is legal. The district court circuit split arises from language in both the Patent Act and the Lanham Act that requires applicants, who file de novo appeals to a district court as opposed to a record appeal directly to the federal circuit, to pay “all expenses of the proceeding”.

The USPTO had historically sought relatively minor expenses such as travel costs and expert fees. However, in 2013, the USPTO began seeking reimbursement of its attorneys’ fees, whether or not the appeal was affirmed or remanded.

Parties have argued this approach violates the “American Rule” that litigants generally pay their own legal fees unless the prevailing party is entitled to recover its fees either by statute and/or contractual right.

The USPTO claims the reimbursement of fees are necessary to pay for the more expensive de novo appellate option. Opponents of the policy argue the policy makes district court appeals too expensive and only available for the richest applicants.

Stay tuned for further updates and the US Supreme Court decision on this issue.