Donald Trump is getting a whole lot of attention these days with the election and now being the President-elect. He’s been involved in a whole lot of controversy and people are quoting him on a daily basis, but few are talking about his copyright infringement case. Donald Trump managed to achieve copyright infringement in a Tweet that he sent out. This isn’t an issue that most people would face because they don’t have the number of views that Donald Trump has, but he was called out for the action quite quickly. 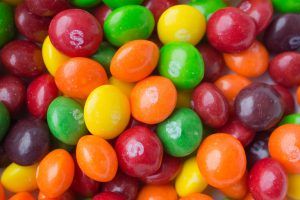 Donald Trump sent out a tweet including a bowl of Skittles and used the bowl to compare it to the Syrian refugees saying that they are like a bowl of Skittles that will kill you. Of course this sparked a bunch of controversy, but the only legal issue came about when British photographer David Kittos noticed that his photograph was being used without permission by the Donald Trump campaign.

He looked closely at the photo and noticed that it was identical to his own posted on Flickr, and the photo withholds permission for others to use it. Now there’s a lawsuit against Donald Trump for unauthorized use of the photo.

This case makes an interesting thing clear. The more famous or wealthy you are, the more likely you are to be called out for copyright infringement. Taking a photo and using it without permission is something that people all over the world do on a daily basis, but because Donald Trump is famous and millions of people saw the tweet, he was quickly called out for doing so.

While copyright laws are quite clear about what you can and cannot do, especially when it comes to intellectual property like photographs, if you aren’t famous or wealthy enough, you can probably less attention for making the same mistake Trump did. 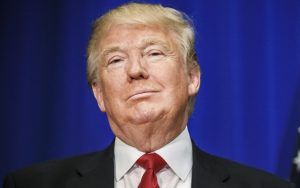 It’s common for photographers to license their photos in order to receive a royalty for them. It’s unlikely that Kittos would have wanted his photo used in such a way though, and that’s at the heart of his argument. Even though he would have been willing to license his photo to someone for a small payment, he wouldn’t have licensed it to Donald Trump to bash Syrian refugees.

There hasn’t been a resolution to this case yet, but it’s highly likely that things will come out in favor of the photographer, because it’s very obvious that it’s his photo Mr. Trump made use of.