The Flap over Flappy Bird 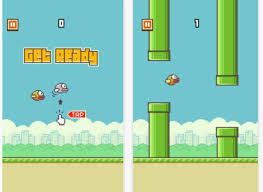 First it was Angry Birds.  Then it was Candy Crush.  Just recently, Flappy Birds became “THE” game to download and play.  Grown adults were taking to twitter to complain about how addicting the game is and how they’d rather play the game than make dinner for their children.  Children were failing homework because they’d rather play the Flappy Bird Game.  Flappy Bird had more than 50 million downloads and the game owner was making an estimated $50,000 per day.

Then suddenly, on February 8, 2014, the game developer stated that he will remove Flappy Bird and it will no longer be available.  He remains mostly silent and refuses to discuss the strange exodus from the market, except to say that it was too addicting.

Was there a Case?

There have been rumors that the game was removed because the developer, Nguyen, copied graphics and sound from Nintendo’s Super Mario Brothers to the extent that it might have been copyright infringement.  Both Nguyen and Nintendo have publicly denied this allegation, but let’s look at copyright infringement in today’s video game world.

Copyright protection for things like video games is still being defined in the nation’s courts.  Although copyright laws were written to protect a specific creation on behalf of the author, the technologies we have today don’t always fit in to historical rulings very well.  Most historical copyright rulings deal mostly with the written word.

An example of videogame copy right that is still being defined is this one:  A developer called Robin Antonick first created the prototype of Madden NFL – a hugely popular video game.  Electronic Arts, a company that contracted with Antonick to further develop the game, market it, sell it and maintain it, was hit with a lawsuit when they created similar games without paying Antonick any royalties.  At issue was whether the “plays and formations” created by Antonick were copyrighted, which means they couldn’t be used independently in another, similar game without any remuneration.  To date, Antonick was awarded 11 Million dollars, which a district court has reversed.  Antonick has said he will appeal.

Video game intellectual property protection is a big issue and we will see further definition occurring.   Past issues included such things as copying code, styles, story-lines, content, graphics, sounds, instructions and more.  So it’s no wonder that people thought there might have been a copyright infringement issue due to similar sounds and graphics in Flappy Bird to Super Mario Brothers.