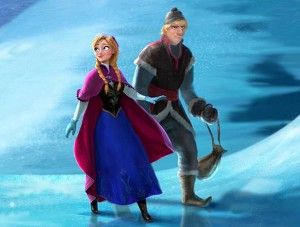 Frozen, the Disney movie released in 2013 was recently declared as the highest grossing animated movie of all time.  To date, it has grossed almost 1.1 billion dollars!  Yes – that’s right – billion with a “B.” In fact, it is the only animated movie to make over 1 billion dollars.  Of course, with that kind of money behind it, it’s bound to attract some people who will try to make money off of it.

According to a recently filed lawsuit, Disney believes a company named Phase 4 is guilty of Trademark Infringement and False Advertisement.  Disney alleges that three weeks prior to the release of FROZEN, Phase 4 released an animated film titled The Legend of Sarila. The Legend of Sarila was not a well-known movie and did not receive any substantial revenues or acclaim.  However, within a few days of the FROZEN release, Phase 4 renamed the film to FROZEN LAND.  In addition, they completely redid the logo, cover design, and artwork for the film and all of its commercial advertisements. Disney alleges that the Phase 4 new artwork is too similar to the FROZEN artwork and, between the name change and similar artwork, is designed to increase revenues for Phase 4 by causing confusion amongst buyers who think the Phase 4 product is the Disney product.

Usually, film titles cannot be trademarked; however, the name can be trademarked when used for merchandising purposes.  The primary allegations are that the FROZEN LAND logo is so similar to the FROZEN logo that it might trick buyers into purchasing the Phase 4 product instead of the Disney product and that the timing of the change is too close to the release of FROZEN to be an coincidence.

Disney is seeking an injunction so that Phase 4 can no longer use the updated artwork and cover title.  They are also requesting that Phase 4 destroy all FROZEN LAND DVD’s and pay damages and attorney fees.

Disney has a pretty good reputation for defending any alleged trademark infringement, but one interesting point from this article is that film titles usually can’t be trademarked.  Although the word FROZEN is pretty well associated with the movie by now, there are a few exceptions to the trademark rule.  One is: Nominative Fair Use and the other is: Functional Use.

“Functional use” basically means using a trademarked item but without any intent to sponsor, make money from or otherwise deceive consumers.  For example, if I dress up as Mickey Mouse for Halloween, I am intending to look like a trademarked picture, but my use is functional and therefore not against the law.

Basically, a trademark is seen to be infringed upon when there is a likelihood of confusion to others.  In the case of Disney, they believe the FROZEN trademark was misused.