The Internet and Intellectual Property Theft 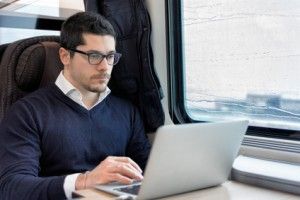 Patents, trademarks and copyrights had all settled in over the years and worked very well to protect the objects they pertained to. Business used to be conducted face to face and on a more personal level so there was almost an unwritten code of honor and respect when it came to taking ideas that were legally registered to someone else and it rarely happened. The emergence of the internet and the ease at which it can be accessed have now changed that dramatically. That personal code of ethics that used to be there has been replaced by an impersonal data driven world that has little respect for intellectual property rights.

You can pick up a copy of a newspaper most any day and read something about a website that is being investigated because they stream movies that are still in the theatres and have paid nothing or have no contract stating they are allowed to do this. Some people copy articles and journal entries then claim the knowledge as their own without any regard to the owner of those written vehicles rights to the material. That is why it is so important these days to have the proper legal documentation regarding patents, trademarks, copyrights, and other intellectual property and a legal team in your corner to represent you when those rights are infringed upon.

For many years now laws have protected intellectual property no matter what medium it was presented on including the internet; but when cases were brought to the forefront concerning intellectual property theft on the internet they were largely ignored or people just did not know how to handle it legally. It was if the internet was immune to the rules that everyone else had to play by. Fortunately good legal representation is changing the way not only people think about this, but the way the legal system is acting too.

Just recently, the popular websites You Tube and Google settled out of court Viacom’s one billion dollar lawsuit against them even though the latter two had beat them twice previously in court rulings. Viacom claimed that Google and You Tube were responsible for the copyright infringements of their members who were downloading copyrighted TV shows and movies that belonged to Viacom. Viacom and their legal team were determined to go down fighting no matter what the cost and this pressure and mounting legal fees forced the settlement. This process clearly illustrates how a determined legal effort and experienced intellectual property representation can get people and companies the results that they need to change people’s views of intellectual property and to respect its legal protections.