The Unionization of NCAA Players 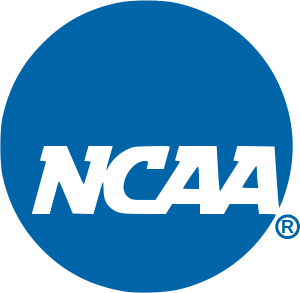 What could the possible unionization of NCAA players possibly mean to a patent, copyright and trademark legal firm in Florida?  It may sound strange, but perhaps quite a lot.  Right now, this article is pretty speculative in terms of what the future may hold, but knowing that major changes may be in the works for the NCAA college-level players, a little speculation is fun.

Background: In March, 2014, the National Labor Relations Board granted a group of Northwestern football players the right to form a union.  This is a ground-breaking change, as it has always been acknowledged that college-level sports figures were students first and athletes second.  This ruling acknowledges that the Northwestern players are treated more like employees, who are tasked with bringing in revenue, and should be compensated aptly.

This ruling only applies to the Northwestern football players, but once the status quo changes, other college-level basketball or football teams may request the same rights.

What happens now:  Currently, the NCAA (The National Collegiate Athletic Association) and the colleges make the money from college sports.  The NCAA can take a player’s likeness or name and use it in merchandise or materials, such as video games, and the player will never see a dime of that money.  The colleges receive money from the sales of merchandise, ticket sales and promotional materials.  Students are on limited scholarships and are not allowed to profit from his athletic abilities.

Current Lawsuits:  A former basketball player, Ed O’Brien, has a suit against the NCAA alleging anti-trust violations. He claims that the NCAA uses the players’ likenesses for commercial purposes and that the players, once they are no longer a college-level player, should be given proper compensation.  Based upon the results of previous lawsuits, O’Brien may very well prevail.

Here’s the fun part: It may take awhile, but let’s assume thatmajor changes are underway in the NCAA and how players are treated.  Imagine that players begin to get more rights, including publicity rights to their name, their likeness and quite possibly, their nickname or icons.  Going to college on an athletic scholarship may no longer just mean getting good grades.  It may also mean negotiating marketing rights to the use of an athlete’s image, name or even nickname instead of just handing those rights over to the school which he attends.  It may also mean we can start seeing college athletes profiting from marketing agreements or product endorsements in the future.

The bottom line is that the NCAA grosses more than 10 billion dollars per year.  College coaches can make millions of dollars per year. Yet, it’s the student athlete that puts his own body on the line and with today’s rules, that athlete may not make enough money to eat much more than boxed macaroni and cheese for dinner during his school years.  It just doesn’t seem fair.