What determines the value of a wrongful death verdict? 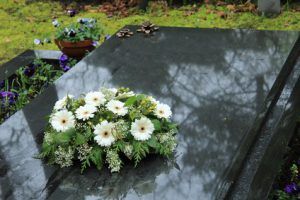 Once a verdict has been found finding someone responsible for a wrongful death, there needs to be an amount of money determined to be awarded to the family.  Have you ever wondered just how this sum is determined?  Is there a formula that judges use to calculate that amount?  It turns out there are 8 factors that will most likely determine the value of that lawsuit.

One determining factor is the number of people claiming a portion of the award and the dollar amount of the damages that are recoverable.  For instance, a 19 year old drug addict who is single with no dependents will not receive as much in the settlement than a 44 year old CEO of a company with a wife and 3 young children.  The CEO’s family can each file a claim for wrongful death.  The CEO’s estate will most likely file a claim on potential earnings that are lost.  The 19 year old drug addict’s potential earnings will most likely be impossible to determine.

The jury will have a huge impact on the amount awarded.  If a jury identifies with and likes the complainants, the award will be higher. If the jury finds the complainants rude and just trying to get rich quick the award is likely to be lower.

In line with that, the jury will take into consideration how good a life they feel the deceased has led.  It is assumed a jury would feel a CEO with a family would have led a better life than a young drug addict.

It is also taken into account how much an insurance policy would cover towards this award.  It would not be realistic to award someone $500,000 in a wrongful death case if the defendant can only pay $50,000.  If a larger amount is sought and awarded the defendant’s personal assets would have to be liquidated if there were any.

The jury will also take into account their view of the defendant.  Was this an understandable accident?  Should the defendant be considered bad?  Or did the defendant willingly get behind the wheel of a car while intoxicated and this was his 4th DUI conviction?  Chances are the latter defendant will have a higher award against him.

The location of the court plays a part in the value.  If the court is in a very rural area the award is less likely to be those big numbers that a sprawling metropolis would see. The last two determinants will be the judge you draw and the skill of your attorney.

As you can see, the variants are many when it comes to an amount awarded in a wrongful death case.