What is the Difference between First to Invent and First Inventor to File? 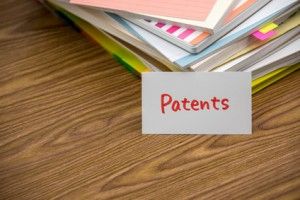 The American Invents Act changed the why and the who of patent applications.  Along with dozens of other changes to the intellectual property platform, the major advance (or setback depending on who you ask) is the First Inventor to File (FITF) policy that was implemented on March 16th 2013. Ever since intellectual property laws came about in our nation, it was always the first to invent, not the first to file.  But Leahy-Smith’s AIA changed that and now there are both pros and cons to this reform that need to be played out.

The First Inventor to File Cons

So, for years if you had a great idea, you could start building it or designing it and finding investors to fund your creation.  You could get the ball rolling and at almost any time you could go and file for a patent as long as you kept good enough records to prove that you had the idea first to anyone who may challenge you.

Now, anyone can buy up the ideas and sit on them until they can implement them.  And it might not really be just anyone.  It is argued that from now on, only the larger corporations and wealthy businesses will be able to file first.  Or as China’s first to file approach has introduced us to the concept of trademarking an international company so that when it expands here, they are faced with their trademark already held by another.  Will this help innovation and further progress across our market or will it only contribute to the patent troll epidemic?

Changes to the way Innovation is Sparked

Until the new way is ingrained in society, the first to file law can give cause for quite the dilemma.  Say a company invents a new part for a combustible engine that drastically improves performance.  That company then spends the money and resources to develop the concept, work out the kinks and end up with a final product that can transform the industry.  They go to file for a patent only to find out that their competitor filed just a few months ago.  Guess who gets the patent under the new FITF reform?  And guess who is back to square one and now facing the dilemma of having to pay royalties to their rival for the use of the very product they invented?  It probably doesn’t happen often, but with such a new and radical shift in the way patents are applied for, only time will tell.

It all depends on which side of the dividing line you are on.  And awareness.  People have to know they now need to file first.  And knowledgeable attorneys who can help individuals and businesses navigate this complex and changing field.

The one good thing to benefit everyone out of all of this is the international cohesive progression towards a more unified global approach to intellectual property.  The very heart of the patent system is to promote innovation.  Will the new streamlined, cut and dry method work out best?  It may be a somewhat painful process, but steps in the right direction are still steps in the right direction, right?