What Qualifications Must a Patent Lawyer Possess? 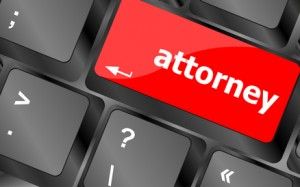 What is the difference between a patent lawyer and patent agent? Both are licensed to practice and represent clients before the United States Patent and Trade Offices. Both patent agents and patent attorneys can prepare and file patent applications.

The difference between them is that patent agents cannot “opinion of validity of another party’s patent when the client is contemplating litigation and not seeking reexamination” because such activity “could not be reasonably necessary and incident to the preparation and prosecution” of a client’s patent. In other words, an agent cannot give legal advice when you need it. A patent attorney can give legal advice because he has the degrees and qualifications and has been certified by the state as a qualified attorney.

Both patent agents and patent attorneys must have a degree in an area such as engineering, chemistry or physics in most states. Both must also pass the USPTO exam and MPEP exams and then they will be labeled a “patent attorney” once admitted the bar in at least one state, or a “patent agent” if not admitted to a state bar.

There are many qualifications and requirements to becoming a patent attorney. One must obtain a bachelor’s degree, pass the LSAT, go to law school. Picking the right law school is critical. Some law schools have more course pertaining to patent law, business and trademark law than others.

Upon graduating from law school and passing the bar exam in the state of their choice, of the applicants who take the patent bar exam only 47% pass. So a patent lawyer really is the cream of the crop among attorneys.

So when a client has an invention to get to the patent office, get a trademark and maximize earning potential, he can rest assured that a patent lawyer is among the best in the world at making sure nothing goes wrong.

A patent lawyer can be the difference in a successful experience in the world of invention/marketing and manufacturing of a profitable idea. That is what every entrepreneur is I business to do. So he/she should trust a patent lawyer to handle the legal aspects and free himself to handle the business.

The risk/reward in hiring an attorney is always going to be worth hiring of the patent attorney over hiring an invention company from the internet or television. This is an area it doesn’t pay to cut corners.