Why Intellectual Property Laws Were Created 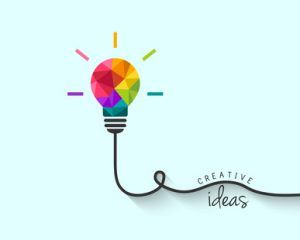 Intellectual property laws are as old as the Middle Ages and they probably go back even farther than that, that’s just the oldest proof that we have that they existed at all. Anyway, back in the Middle Ages Guilds were given control of a specific profession or skillset. The guilds were given full control over a particular skillset by the government and they were designed to help protect the creations of individuals, but they actually ended up stifling creativity by giving a few people control over many. It wasn’t until later on in other societies that intellectual property laws began focusing on rewarding creative thinking and innovation enough to foster some serious growth and development over time.

Protecting the Creations of Others
Intellectual property laws were put into place to protect the creations of others and make sure that people can’t take advantage of the hard work that other people put in. That means when you work your butt off to create a new type of engine, or a brand new type of oven, other people can’t just rip it off and start selling it as their own. Instead, they have to make a deal with you to be able to use that technology, and you are free to sell it as your own creation and make money off it. It encourages people to invent new items and foster innovation, which is exactly what the laws were meant to do. They are part of why our nation has so many excellent inventions today, and why technology is still developing at the rapid pace that it is.

Patent Laws in the United States
Intellectual property laws are added into the laws of the United States when it was first founded. They started off as independent sets of laws for each of the different colonies, but when the United States were formed into one nation the Constitution was drafted to make patents apply throughout all the states of the nation so that inventors and creators could be protected and recognized for their creations. These laws are protected at the Federal level and the federal government has almost always been in charge of intellectual property in general.

They Encourage Sharing and Innovation
While it might seem as bit counterintuitive, intellectual property rights actually encourage the sharing of technology. That’s because they give people a way to share their creations with the world, without giving up all the benefits of that hard work. The people can earn money off their creations, and everyone else gets to benefit from the inventions and make use of them to improve their lives in some way. Both people win in the situation, and that’s exactly how intellectual property laws are supposed to work.

The laws that protect all the innovations of today have been in place since the creation of the United States, and they are one of the most important foundations that this country is built on.