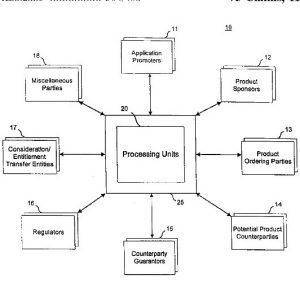 In a new case lined up before the Supreme Court, an Australian company called Alice Corporation Pty. Ltd demanded payment from CLS Bank International, claiming that CLS is using technology patented by the Alice Corporation when engaging in foreign financial exchange.

At the heart of the debate is whether the patents held by Alice Corporation should have really been patented in the first place.  Per the docket filing, patents in question are based upon “computer-implemented inventions – including claims to systems and machines, processes, and items of manufacture,” which is something that’s never been directly addressed by the Supreme Court before.

Plainly speaking, what CLS would like to occur is a ruling that software (formally identified as computer-implemented inventions) may not be eligible to be patented simply because some software ideas are too general and abstract to be eligible for patenting.   The argument is that just because someone has an idea on how to organize financial transactions and the human processes related to those transactions, putting those ideas into a computer program does not make them patent-eligible.  On the flip side, Alice Corporation argues that “if the claims do not describe a fundamental truth, then the invention is patentable,” meaning that software ideas can be patented and that CLS should pony up and pay their fair share.

This is a heavily watched case and many of the big technology companies have already made their position clear.  Older companies, who hold many software patents, such as HP, IBM and Microsoft are weighing heavily on the favor of Alice Corporation.  Newer companies, such as Facebook, Netflix, Google and LinkedIn are weighing in on the side of CLS, stating that the current system stifles innovation and encourages patent trolls.

For patent trolls, those companies who exist solely to purchase software patents in order to find people to sue, a ruling in favor of CLS might mean the end of their business.  In fact, Alice Corporation is a licensing entity and does not currently engage in other business, either in financial transactions or software development.  Their only source of income is via the payments that might currently be in jeopardy.

No matter the outcome, the ruling will no doubt have far-reaching consequences for technology companies around the globe.  However, it’s important to note that this case does not touch upon software patents actually change the way that computers operate due to technological, industrial or scientific inventions.