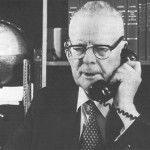 So you say your company still has not taken the time to document its business processes.  Seriously?  Never heard of Six Sigma, huh?  How about ISO 9000?  TQM?  Kaizen, maybe?

Well, Congress has given you a new reason to bother with process documentation, in the form of the Leahy-Smith America Invents Act.

Among the provisions related to infringement litigation in the America Invents Act is the expanded prior commercial use defense.  This change to United States patent law took effect on September 16, 2011 and applies to any patent granted on or after that date.  35 USC § 273, titled “Defense To Infringement Based On Prior Commercial Use,” includes the following changes:

– expands the prior commercial use defense to apply not only to method claims but also to a machine, manufacture, or composition of matter used in a process

So how can your company protect itself from being sued for infringement by an “innovator” who develops and patents a process and/or an article used in a process that your company has used as a trade secret for years?  Document your business processes!  To prepare your company to take advantage of the prior commercial use defense, the best time to start keeping accurate records of business processes, including dates of first use, was over a year ago.  The next best time to start is right now.

(a) IN GENERAL.—A person shall be entitled to a defense under section 282(b) with respect to subject matter consisting of a process, or consisting of a machine, manufacture, or composition of matter used in a manufacturing or other commercial process, that would otherwise infringe a claimed invention being asserted against the person . . . .

(A) the effective filing date of the claimed invention; or

(B) the date on which the claimed invention was disclosed to the public in a manner that qualified for the exception from prior art under section 102(b).