What Does the American Invents Act (AIA) Actually Accomplish? 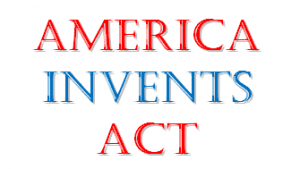 Patent reform is something that seems to come alive and then die off.  The American Invents Act (AIA) was legislation that was passed on September 16, 2011 by the Obama Administration.  In the last 4 years, more and more of its respective sections have been made effective and apparent that there is much more work that needs to be done to tidy up the intellectual property arena in our nation and globally.

Key Points of the AIA

The overburdened USPTO has struggled to wade through the constant influx of applications and as a result, lawsuits have flared up like wildfires with major companies like Google, Samsung and Apple and others duking it out in judicial rings over who is infringing on whose IP rights.  So, the AIA comes in and attempts to squirt a garden hose at a major state of emergency.  Here are some of the changes now current:

There are dozens of other sections within the legislation that no doubt are rippling out to affect change and only time will continue to tell what it is actually accomplished.

Most of the AIA has been enforced and is still making its way into the normal routine of applying for patents, trademarks, and such, but there is still a huge mess from intellectual property fires that may just need to burn out in the court of law until they get resolved and patent reform takes a much needed role center stage in congress.  2014 was a great year for the USPTO with new satellite offices and a “road show tour” in six major cities to host panels for discussion on how the AIA applies in practice, but the trolls are still lurking.