What’s happening with the BP Settlement? 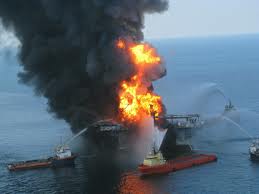 The BP oil spill, also known as the Deepwater Horizon spill, occurred on April 20, 2010 and devastated the entire gulf coast area of the United States.  Eleven people were killed.  The oil poured into the Gulf of Mexico for a record 87 days, at which an estimated 4.9 billion barrels of crude spilled into the waters.  The consequences were severe and included criminal charges.  In the end, BP pled guilty to 11 counts of manslaughter and a felony count of lying to Congress.  BP was also banned from entering into new contracts and in the end, BP ended up paying over 42 billion dollars in criminal and civil payments.

Shortly after the spill started, BP began a very large public relations campaign.  They purchased advertisement in which they apologized for the spill and promised to help out the local businesses that were harmed from the oil.  In an unheard of move, they set aside billions of dollars and created a process so that anyone harmed from the spill could collect monetary damages.

In the past few months, things have definitely changed. BP has requested, and been approved for, the bidding of new oil and gas contracts in the Gulf.  In March, 2014, they stated that the cleanup is now done.  And they are now starting to take a defensive posture against people who are claiming they’ve lost money due to the spill.

BP is claiming that due to unethical lawyers representing unethical people, they have spent over 100 million dollars compensating people who should never have been compensated.  This includes escort services and businesses that have no local Gulf presence.

In fact, BP filed claim in 2013 that “that the district court and claims administrator’s interpretations of Exhibit 4C of the Settlement Agreement were erroneous because they did not require matching of revenues and expenses in claims processing.” However, the court decision is very clear that BP cannot change what it had originally set up.  Even though not asking for clear proof of damage is not in the best interest of BP, they did not assert that right at the very beginning and set up the damage fund without requiring proof.  Therefore, they cannot change their mind now and start requiring clear evidence of damage.

Instead, as per the rules set up by BP related to the damage fund, if a business could show that they lost money since the oil spill and was located in a certain geographical region, BP would assume damage was due to the oil spill and pay out the claim.  This means that if a small business owner was losing money because its owner became ill, BP would still compensate for that loss of revenue as if that loss was due to the spill.  In addition, BP did not cap claims.  So long as there was loss of revenue, BP would continue to pay.

Four years later, the BP attitude is different.  Civil attorneys are claiming that BP is now dragging its feet on newer claims.  They are not responsive and they are trying to implement more and more new rules that limit damages for new claims.  BP has become increasingly litigious related to the oil spill and it will be interesting to see what actions BP will take in the coming years.